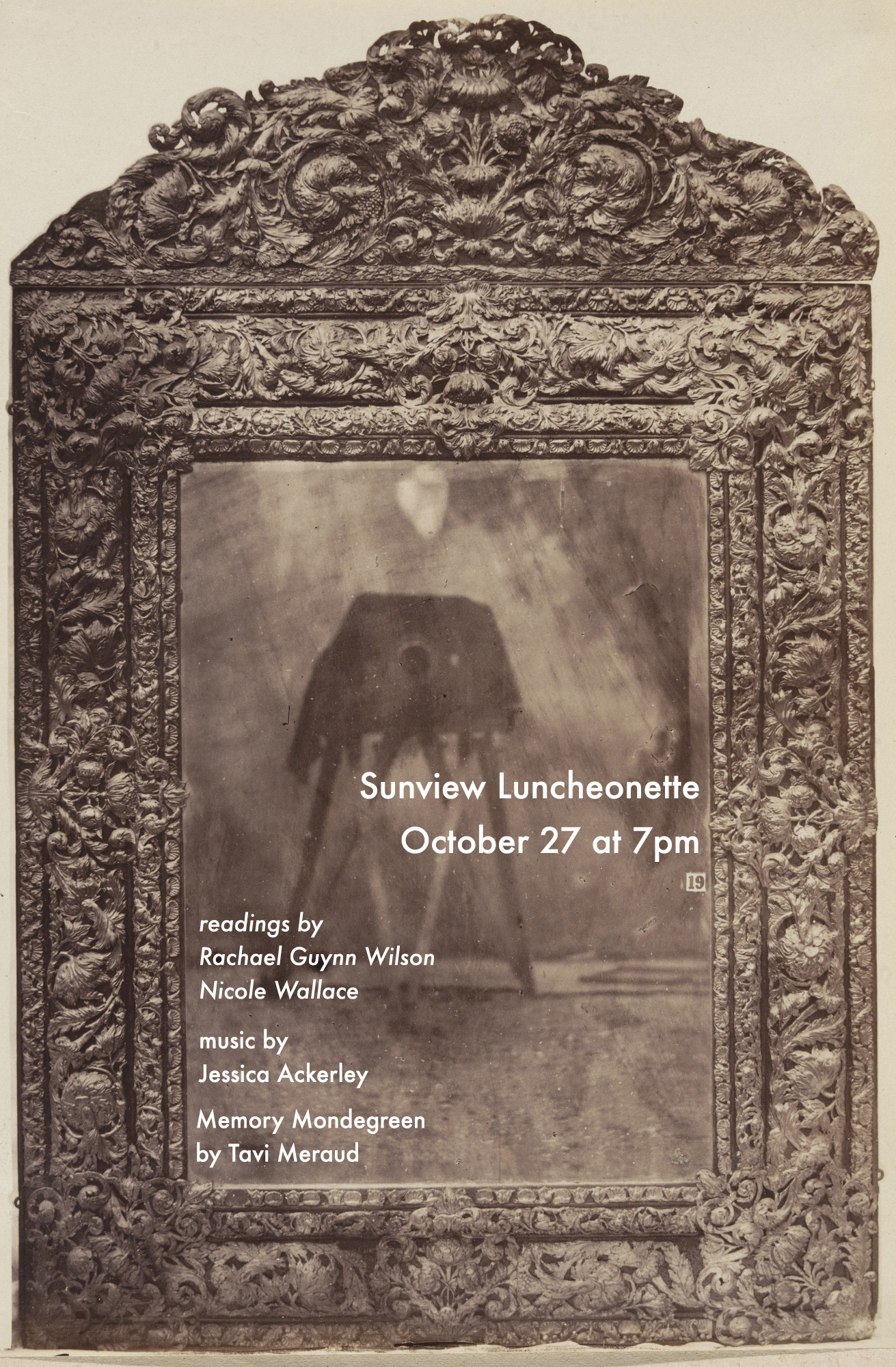 Tavi Meraud is an artist originally from NYC and, after a nomadic period, rediscovering their home. This exercise of wayfinding and the expanded sense of positionality informs much of their current work. Tavi has published and shown work in different contexts including: Field Guide to Skirmology as part of the e-flux Supercommunity at the Venice Biennale (2015), e-flux Love Reader (2017), aCCeSsions Journal 4 (2018), “Behind the Seen” NARS Foundation Residency Season III group show (2019).

This fall/winter, in addition to Memory Mondegreen, Tavi has work in the upcoming Lishui Photography Festival in China, group show on Time at Jack Hanley Gallery as well as contributions to the publication accompanying the Time show and the Hoosac Institute Journal 4. They are also currently working on a new body of interdisciplinary installation and performance based work developed around their recent Iridescene Manifesto (2019, available upon request) as well as an artist book project on memory, perception and dislocation.

In the past decade, Jessica Ackerley has already established herself on the Canadian and American rock and jazz scene as a unique guitarist, composer and band leader. Born and raised in Alberta, Canada; Jessica now resides in New York city where she has worked alongside notable musicians such as Tyshawn Sorey and Martin Bisi (Sonic Youth, Herbie Hancock, John Zorn). She as had the opportunity to perform at established venues like John Zorn’s The Stone, The Metropolitan Museum of Art and The Blue Note, as well as tours as both a band leader and sideman throughout Canada and the United States.

Her musical palette is diverse, drawing from highly refined compositional structure to free improvisation and jazz, with a slight nod to no wave and Avant Garde soundscapes. All About Jazz has stated upon the release of her acclaimed debut album that, “her work demonstrates her independence and refusal to conform, yet it is rooted firmly in that which has influenced her. If she maintains this course, Ackerley has a brilliant career ahead of her.” Jessica continuously tries to expand her musical horizons with various projects across Canada and the U.S. In August, 2019, Ackerley released her follow-up sophomore album, A New Kind of Water, recorded at BC Studios (John Zorn, Sonic Youth) with Martin Bisi.

Rachael Wilson writes and her writing appears in places like apricota, BathHouse Journal, The Distance Plan, Elderly, Jacket2, Kenyon Review Online, The Volta, and elsewhere. She is a co-founder of the Organism for Poetic Research.

Nicole Wallace is a poet and Managing Director of The Poetry Project. Her first chapbook, WAASAMOWIN (IMP, 2019) will be released on 10/24. She was a 2019 Poets House Emerging Poets Fellow and is member of the Indigenous Kinship Collective NYC. Recent work can be read online at A Gathering of The Tribes and LitHub, where her poems were featured as a part of the “New Poetry by Indigenous Women” series curated by Natalie Diaz. Originally from Gakaabikaang, located in what is currently called Minnesota, she is of settler/European ancestry and a descendent of the Fond du Lac Band of Lake Superior Chippewa (Ojibwe).