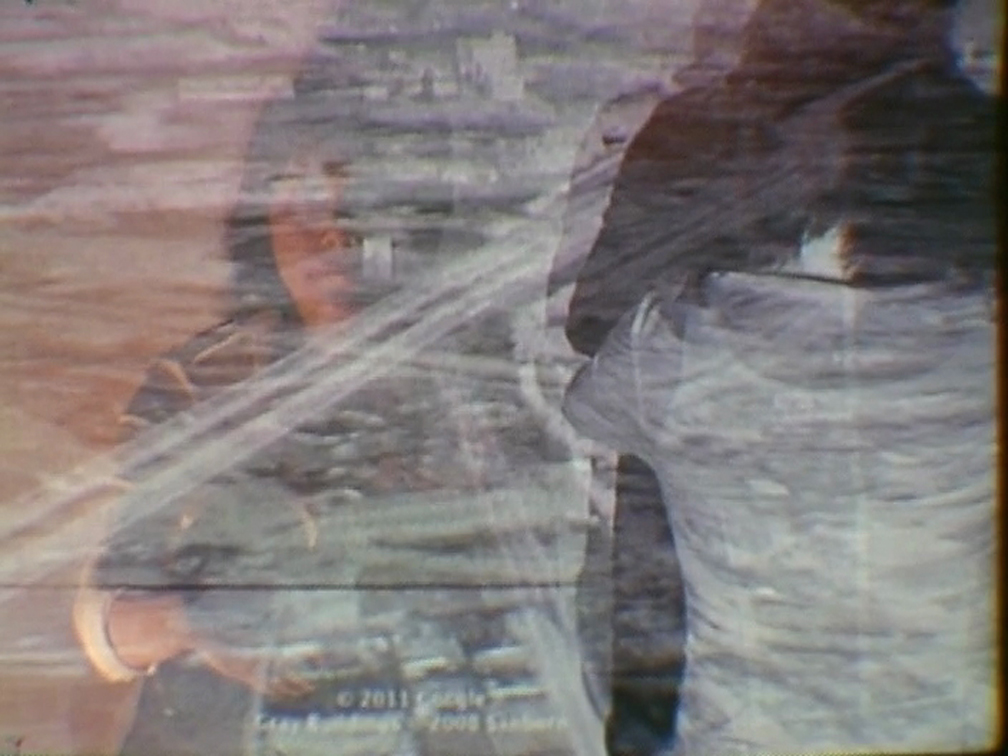 The Voice's Folds is a one night screening program with selected works by Morehshin Allahyari, Michael A. Morris, and Jenny Vogel. Made in a range of media from 16mm and 8mm film to 3D animation and streaming webcams, the works shift in voice between the personal and the social, the elegiac and the epistolary.

The films and videos in this program consider the voice--the first technology of intercession between individuals, the amplifier of the languages that frame us, the mode of address by which an author locates herself in relation to a reader. It is the filter through which histories are inscribed. Its folds move the air between us. It is the source of both the personal lyric and the collective chant, a connective tissue and a gulf between distant locations, resonating between Tehran and Texas, echoing in the constantly growing virtual deserts just beyond our screens.

Morehshin Allahyari is a new media artist and an art activist. She was born and raised in Iran and moved to the United States in 2007. Her creative and research interest encompasses experimental 3D animation, digital filmmaking, installation, performance and extensive activity as a cultural curator. Coming from a social science background, the topics of her practice include political and social art, creative writing, art activism, and collaborative art.Morehshin’s animated films and curatorial projects have received world wide acclaim. She has been part of numerous national and international exhibitions, festivals, and conferences in Europe, Asia, the Middle East, Canada, North and South America. She recently recieved the Arch and Anne Giles Kimbrough award from Dallas Museum of Art and was an artist in residence at the Film and Media program at the Banff Centre in summer of 2013.Morehshin is currently a Visiting Assistant Professor at Art and Technology department at the University of Texas in Dallas.

Michael A. Morris is an artist and educator based in Dallas, Texas. He works primarily with film, video, and expanded cinematic forms. Much of this work responds to the rapid changes in how moving images are experienced in the 21st century and how media affects how we understand so many things: perception, history, mortality, and our relationships to others. Morris has performed and screened his films and videos at museums, galleries, microcinemas, and film festivals across the country. He teaches at University of North Texas and Richland College.

Jenny Vogel (born in Germany, 1975) lives in New York. She works in video, photography and computer arts. Vogel’s art explores the world as viewed through new media technology using web-cameras, blogs and Google searches as source material. She received her MFA from Hunter College (NYC) in 2003. She is a 2005 NYFA fellow in Computer Arts and is currently an Assistant Professor of New Media Art in the College of Visual Arts and Design at the University of North Texas. Her work has been screened and exhibited in group and solo- shows in numerous locations and galleries: San Francisco Camerawork, CA; Arnolfini, UK; The Siberia Biennial, Russia; The Swiss Institute, NYC; EFA Gallery, NYC; Kunstwerke, Berlin; PS1 Contemporary Art Center, NYC.