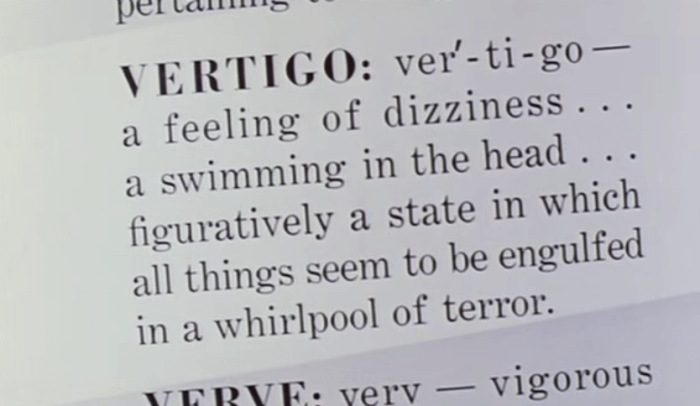 This Thursday, we invited friends from the Chimney and Holy Faya to show a film. They picked Vertigo. 8 pm. Cocktails and popcorn will be served.

As per the first hit on Google, Vertigo is: