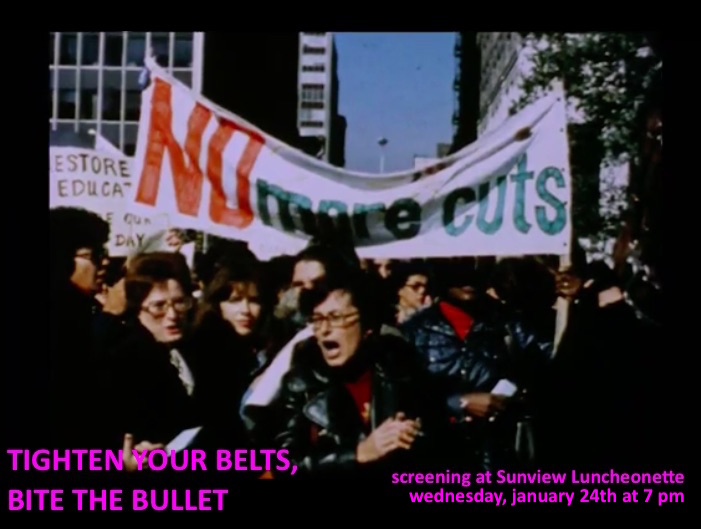 There is going to be a screening of TIGHTEN YOUR BELTS, BITE THE BULLET (1980), a film by James Gaffney, Martin Lucas, & Jonathan Miller that examines the causes of and the divergent responses to the 1970s fiscal crises in New York City and Cleveland!

We’re cooking some squash soup & biscuits to eat before the screening! And after, discussing the role local governments –and people!– might play in the context of federal cuts underway! In a chill way! Bring friends!