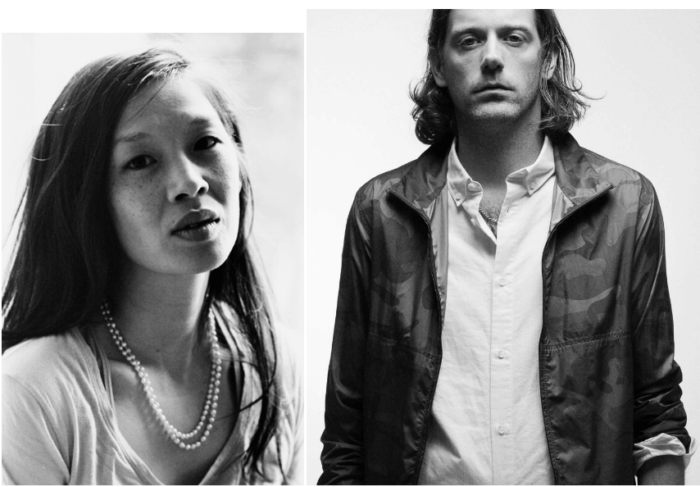 We have the pleasure and good fortune to host Tianna's Swedish poet friends in the Sunview. Reading starts around 9/9:30.

READERS
Kirkwood Adams lives in Brooklyn and has translated works by Johannes Heldén, among others.
Mara Lee is a Swedish poet, novelist and scholar. She is the official Swedish translator of Anne Carson. Lee grew up in the south of Sweden, and now lives in Stockholm. Her literary debut, Kom, was published in 2000, and was nominated for the Borås best debut award. It can be described as an investigation of feminine sexuality from the vantage point of a masochistic logic, while at the same time flipping the script of power relations. Since then she has published several poetry collections and novels. Her work has been translated into German, French, Danish, Norwegian, Finnish and Spanish, and she is the recipient of several literary awards, including Svenska Dagbladets Literary award, The P.O Enquist Award, and Albert Bonniers literary Award. Lee’s work, including her most recent novel Future perfect and the scholarly essay The Writing of Others, revolves around issues of power, otherness, femininity and transgressive desire. She was recently elected a member of the Board of Directors of the Swedish Royal Institute of Art.
Johannes Heldén is a visual artist, poet, and musician. Born 1978, he lives and works in Stockholm. He receive Sweden’s biggest art prize, the Åke Andrén fellowship, in 2015, and the Evolution project won the inaugural N. Katherine Hayles award in 2013. Heldén has published three full-length music albums, most recently System (Irrlicht). He’s been a fellow of the MacDowell Colony and Headlands Center of the Arts and has shown work at ISEA 2015 in Vancouver, HUMlab at Umeå University, Broken Dimanche in Berlin, Bonniers Konsthall in Stockholm, Centre Pompidou in Paris, Inspace in Edinburgh, NIMK in Amsterdam, The Gothenburg Museum of Art among others. Heldén is the creator of five extensive digital online works of poetry and visual art. His most recent book is Astroecology, which is forthcoming from Argos Books in 2016.