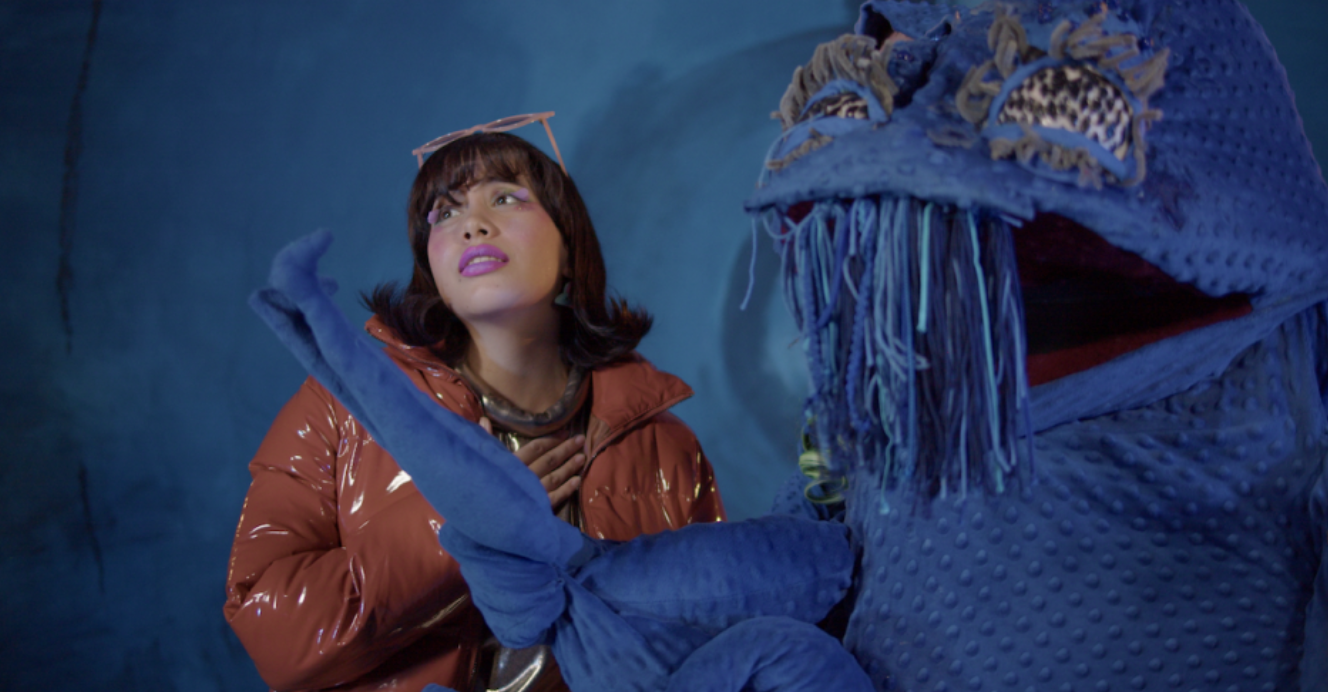 Join us at The Sunview Luncheonette in Greenpoint on Friday the 4th November at 7pm for the New York premiere of Liang Luscombe’s new short film, the science fiction extravaganza Malamadre (2021).

Taken from the Spanish word for the ‘bad mother’ spider plant, Malamadre is the latest work in Liang Luscombe’s ongoing surreal comedy series that follows Sol and Fran on their intergalactic odyssey away from the financial horrors of Earth and towards the planet Howl. Opening with a sickly Fran and a hangry alien puppet Alice, the film immediately casts doubt on the promise of Howl as a utopia. What Fran finds instead is a strange matriarchal world of asexual reproduction where mothers feed on their young. Will Fran reckon with her maternal fears and finally enjoy a symbiotic alien relationship? Moreover, will she make use of the planet’s five hundred beaches before they close at 5pm?

To set the stage for Malamadre, the evening will begin with two short films that also circle on the theme of the monstrous mother and the femme body as a site of complex meaning: Claire Lambe’s I Think I’m turning into a Monster (2021) and Ilana Harris-Babou’s Decision Fatigue (2020).

Dinner will be served.