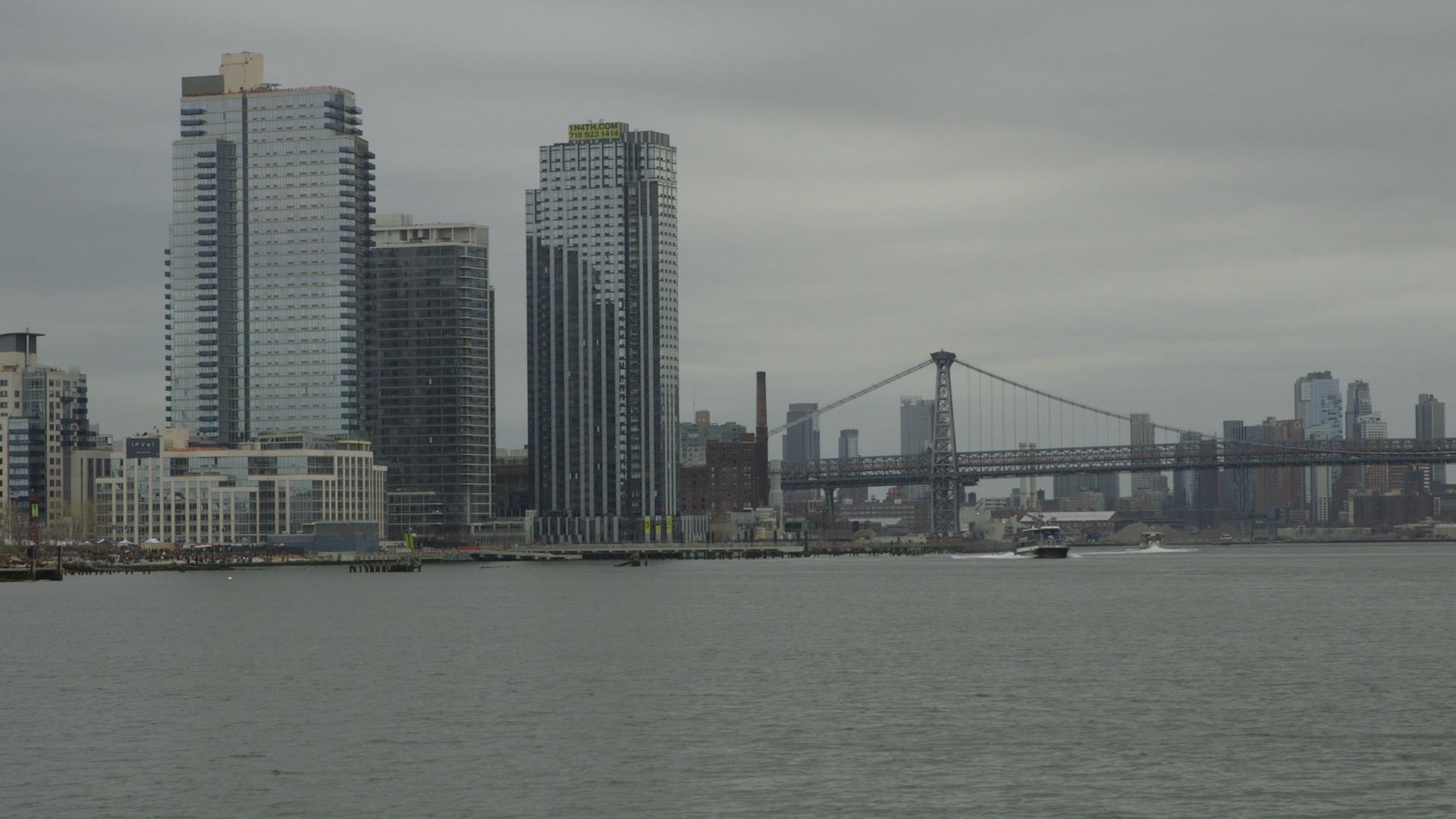 Please join us in Greenpoint for a screening of “Gentrification Express: Breaking Down the BQX” and other short films around the history and gentrification of North Brooklyn. Community conversation regarding the proposed BQX streetcar to follow.

“Williamsburg” Dir. Jonas Mekas, 11min, 2002
“A pocket-sized city symphony, WILLIAMSBURG collects some of the first images Jonas Mekas shot with a film camera in 1950 (along with footage from 1972 when he was returning to his old neighborhood as a visitor). Bygone Brooklyn is richly evoked in the everyday life of the street: the elevated train, Lithuanian storefronts and especially in the faces of children surprised to encounter this man with a movie camera.” - Max Goldberg

“Don’t Fall in Love with Buildings” Dir. Amy Jenkins, 8.5min, 2012
In the wake of rampant “luxury” development that doomed our Brooklyn neighborhood, Don’t Fall in Love with Buildings was filmed with a surveillance camera in time-lapse during the last five weeks of the eviction from our Williamsburg, Brooklyn loft at 72 Berry Street, our home for over fifteen years. The title comes from the anonymous graffiti spray-painted on our door in the weeks before we vacated. Raw and unadorned, the physical and emotional process of leaving one’s long-term home is poignantly revealed.

“Gentrification Express: Breaking Down the BQX”
Dir. Samantha Farinella and Amanda Katz, 17min, 2017
In January of 2016, NYC Mayor Bill de Blasio announced his plan for the Brooklyn-Queens Connector (BQX), a streetcar that would run a 16-mile waterfront route from Astoria, Queens to Sunset Park, Brooklyn. The announcement arrived with a PR campaign that claims the BQX as a transit option that would, amongst other things, serve the low-income communities along the corridor. A closer look at who is pushing the plan and how it will be funded reveals that the BQX relies on the displacement of the communities they are currently trying to sell it to. Featuring: Elizabeth Yeampierre and Antoinette Martinez (UPROSE), Sylvia White (Justice For All Coalition), Professor Samuel Stein (HUNTER COLLEGE), Jenny Dubnau (ASAP Artists)