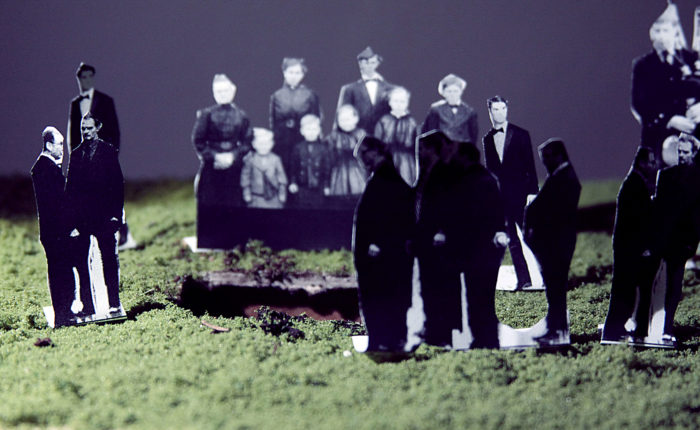 In the capital of occasionally tiring Broadway productions, Clakula-Gauthier is pleased to introduce live excerpts from a musical about Margaret Thatcher’s funeral created by András Cséfalvay, a visual artist, and musician from Slovakia.

András is a winner of the Oskar Cepan prize for emerging artist and has also been increasingly active on the music scene, recording gentle, fragile and bona fide sentimental songs in his bedroom. His latest album, entitled Funeral the Musical and another tabletop opera, is out on the label LOM and captures András’ persona, which is at the same time timeless, quirky and rooted in the past.

The event is produced in collaboration with Sunview Luncheonette.