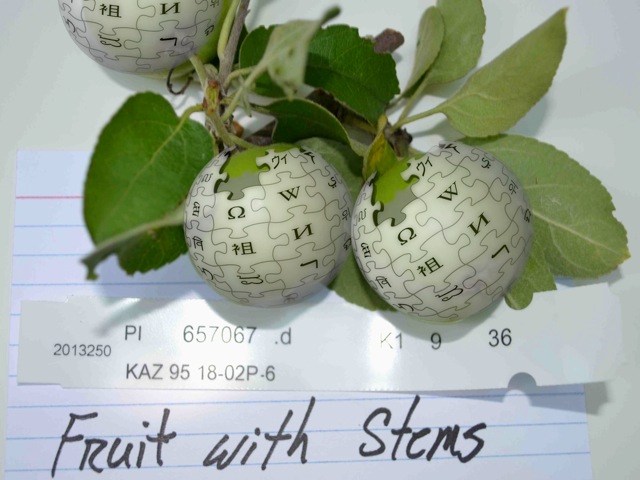 The Sunview and CLAKULA-Gauthier present:

An overview of a now successful effort to sequence and assemble the genome of Malus sieversii, the wild ancestor of all domesticated apples by participants of an international consortium organized as the first project of its kind in art and science. A companion project to clone that apple with a highly compressed version of Wikipedia is also described.

Controversy persists concerning many aspects of our understanding of the universe around us. We still find whole chapters of history being rendered secret or forbidden for religious or political purposes. There are daily reminders that the catastrophic and bitter conflict between wisdom with knowledge is still underway and that it continues to devastate our world and plunder its treasures.

As the legendary “fruit of temptation,” the apple has become a nearly universal symbol for what we know and what we choose not to know. In the last decade, advances in plant genomics have shed light on long-standing questions about the origins of the today’s domestic apples (Malus x domestica) now diversified into thousands of varieties cultivated worldwide. The genome of Malus sieversii, the progenitor fruit (a wild, diploid apple native to Central Asia) has now been sequenced and assembled by participants of an international consortium organized as the first project of its kind in art and science.

A companion project is also underway to clone Malus sieversii with encyclopedic information using Agrobacterium vectors to insert DNA encoded with a highly compressed version of Wikipedia. Ironically, this effort has confronted several deeply philosophical questions that are also familiar to researchers focused on the search for extraterrestrial intelligence. Both of these scenarios pose fundamental questions about nature of human beings and of the universe they perceive themselves to be part. How are such messages composed and implemented? How can the information they contain be correctly interpreted? Is this what we know? Is this who we are? 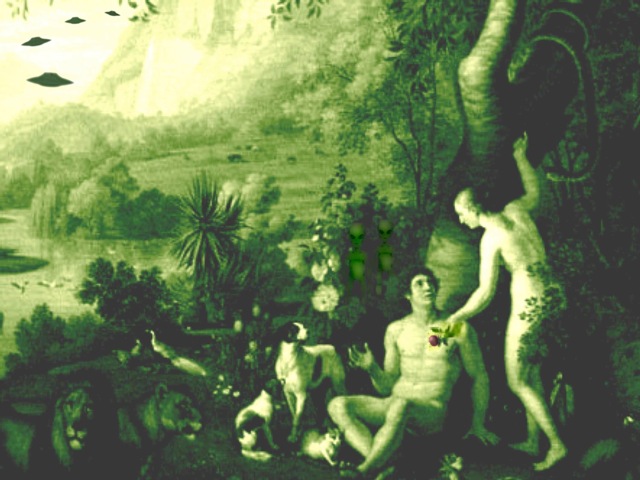