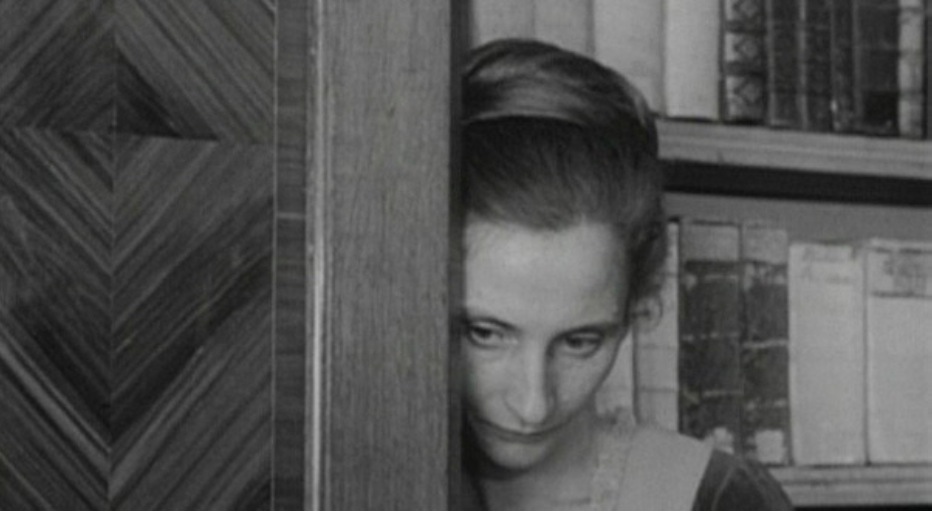 Dear friends of the Sunview,

Please join us for our inaugural meeting of the FEMALE SUBJECTIVITY (FILM) GROUP*, wherein we:

- surround and aerate the many-stranded crisis of gendered “being”;
- move from confession to analysis;
- serve dinner;
- propose future screenings and readings.

*FEMALE SUBJECTIVITY (FILM) GROUP: A working group meeting on the third Friday of every month.

Heard melodies are sweet, but those unheard
Are sweeter: therefore, ye soft pipe, play on:
Not the sensual ear, but, more endear’d,
Pipe to the spirit ditties of no tone.

In her brief, bright, tableaux life, Andree Lumière ate, fought, walked, fell, and waited for the train in front of her Uncles’ camera before dying of influenza during the pandemic of 1918.  Wendy Carlos (born Walter Carlos) reassembled Bach on a Moog synthesizer in 1968. Also composed music for The Shining and Tron. Eclipse-enthusiast.

Stay for poodle wigs, astringent formalism, and arm’s-length performances by harpsichordist Gustav Leonhardt and singer Christiane Lang, playing Johan Sebastian and Anna Magdalena Bach, as they negotiate personal loss and the bureaucratic circus of Baroque Germany with the same arctic reserve in:

Nearly “free of language,”1 this bio-pic subverts “the enormity of the spectator’s will – or conditioning – to impose narrative in viewing a film,”2 by expressing a life in terms of extended shots and musical rhetoric. As Bach’s second wife and copyist, Anna Magdalena describes his life verbatim: reading his letters, official documents, and necrology reports out-loud in strict chronological order. Eschewing emotional connection and speaking only through this posthumous score: could she possibly be the subject of the film? Carefully manipulated, classic cinematic codes deployed throughout Chronicle suggest an interiority that is never breached.

Research-based and fastidiously authentic: “Chronicle also articulates a powerful political message relevant to post-war European society: Bach’s life and works become an allegory, presenting a critique of fascist and capitalist exploitation of the artist.”3 Adorno notes that Bach’s “music is said to be elevated above the subject and its contingency; in it is expressed not so much the man and his inner life as the order of Being as such.”4 By privileging historical accuracy over “the order of Being,” the filmmakers recuperate the individuality of Johan Sebastian as an overworked, undernourished citizen of a very real Europe, whose art is deeply contingent on an earth-bound social-body. Is this individuation a revolutionary act? Straub and Huillet thought so. But, does this same authenticity serve to articulate the inner life of Anna Magdalena, whose absent-presence expresses the fundamental incoherence of representation in film?

In Chronicle, Mr. and Mrs. Bach turn their backs on the camera and scrub every last inflection of the face of life. What’s left? Sound is the only "esthetic material" left to consider. Come listen.

Penelope Gilliatt/New Yorker: "sometimes I watched … and sometimes I fell into thoughts of dinner, and what to do with my life, and how bitterly cold the air-conditioning can be in America"

Straub: "Surely you didn’t expect me to put at the end ‘Everything is political?’ "

Godard: "Ah, perhaps that would have been sufficient"

AH Weiler/Times: "it is, unfortunately, lifeless as biography"

And it’s true. This biography is not about a life, but a life not-lived.

For more information about joining this group, please send inquiries through the contact form.

November 15: Yvonne Rainer’s THE MAN WHO ENVIED WOMEN (and friends)

December 20: Agnes Varda’s ONE SINGS, THE OTHER DOESN’T (and friends)