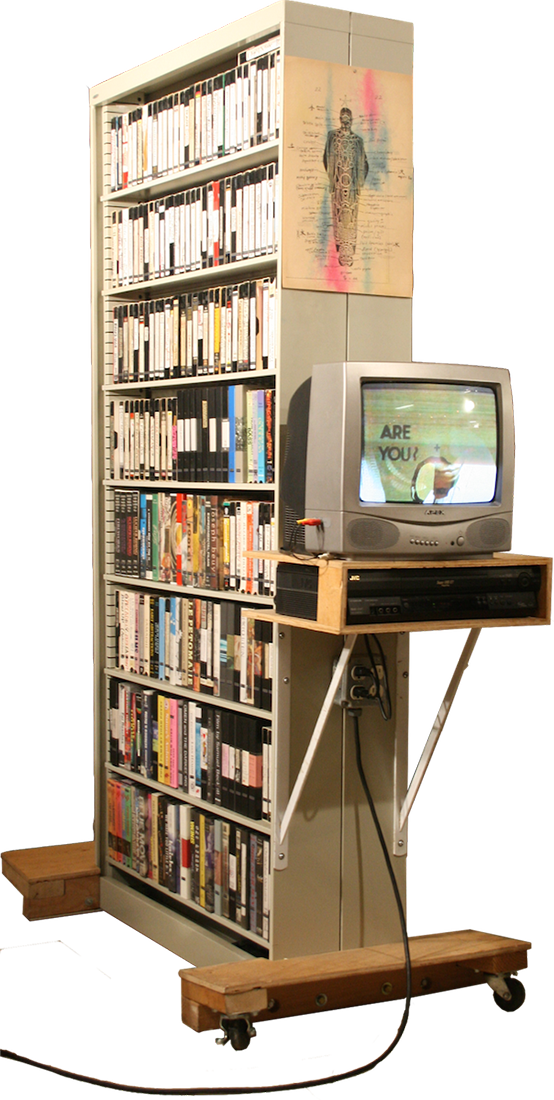 The Bradley Eros VHS archive (or the Velvet Hermetic System) is a collection of over 600 VHS tapes collected by Mr. Eros, a New York City experimental filmmaker. The archive is currently on long-term loan to the Sunview, a project space in Brooklyn. Most of the titles in the collection are from an underground culture of the 1980’s and 1990’s. While some tapes were obtained from various movie distribution houses, others are dubs and bootlegs.

As the collapse of the downtown movie houses gave rise to the suburban home theater, now in the 21st century the activity of movie viewing has moved online. With the personal computer attention moves at the speed of clicks. Rarities are decidedly more accessible. The immediacy of Youtube, Karagarga and UbuWeb have disappeared embodied searching. The archive contains a holy grail of weirdness and subversive art collected while Eros lived in Chinatown and the East Village in the 80s and Williamsburg during the 90s.