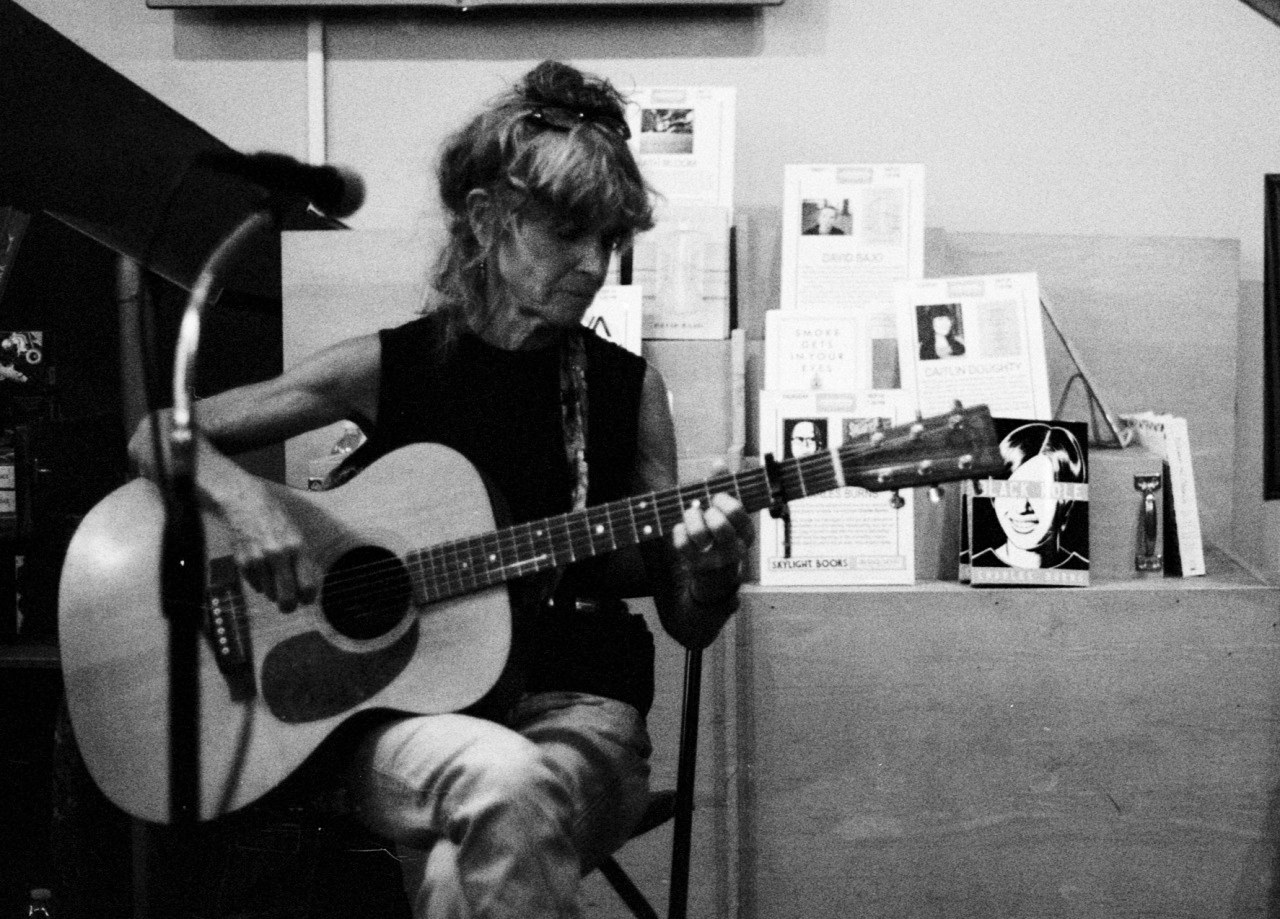 For fans of the song and how to feel it. Kath Bloom (USA) is some kind of legend. She comes from a special place where country, blues and folk are made beautifully translucent and emotive. She has a special gift – her voice is delicate and tender, yet retains that raw emotion and hard worn truths that allows each sung word to be felt.

The more you hear of Kath Bloom, the more you notice it’s not just the arresting voice, but the power of the songwriting. “Beautiful” is the typical response—the kind of beauty that comes from truth, musical and the deeply lyrical. There are no good comparisons, but if you like the deep well of Emmylou Harris, the more poignant lyrics of Lou Reed, the joy of Maher Shalal Hash Baz or even Joni Mitchell, you’re kinda in the right zone. In reality, she’s simply Kath Bloom: horse whisperer, vocalist, mum, songwriter and a beautiful person.

Her albums recorded with Loren Mazzacane Connors in the 70’s/80’s are rare things, full of songs that float and melt into the ether. Impossibly beautiful and hard to find on LP, but check the reissues from a few years ago . In the 90’s Kath’s music was famously featured in Richard Linklater’s film Before Sunrise. Since then she has been busy writing and recording to great acclaim. Two new albums in the last few years and she and her songs where also honoured on a tribute album featuring Bill Callahan, Scout Niblett and Mark Kozelek.

Alexander is the solo guitar music made by New Haven, CT native David Shapiro (who also performs with Kath Bloom, in Headroom, and in Nagual). Drawing from a wide range of guitar traditions, Alexander live sets vary from fingerstyle acoustic guitar music to psychedelic feedback-oriented improvised electric guitar excursions. Equally influenced by the melodic stylings of Robbie Basho and John Fahey, the guitar-damage of Alvarius B, and the electric echoes of Keiji Haino, Alexander offers a unique synthesis of guitar vocabulary imbued with a deep emotionality. He has shared bills with Kath Bloom, Daniel Bachman, Sarah Louise, Loren Connors, Kate Village (Major Stars), and more. His self-released debut LP is distributed by Forced Exposure.

Formerly of Citay, guitarist and composer Ezra Feinberg released his debut solo record “Pentimento and Others” in early 2018.

“Ezra Feinberg’s Pentimento and Others is an album that demands you shut your eyes and submit to the drift.” Aquarium Drunkard