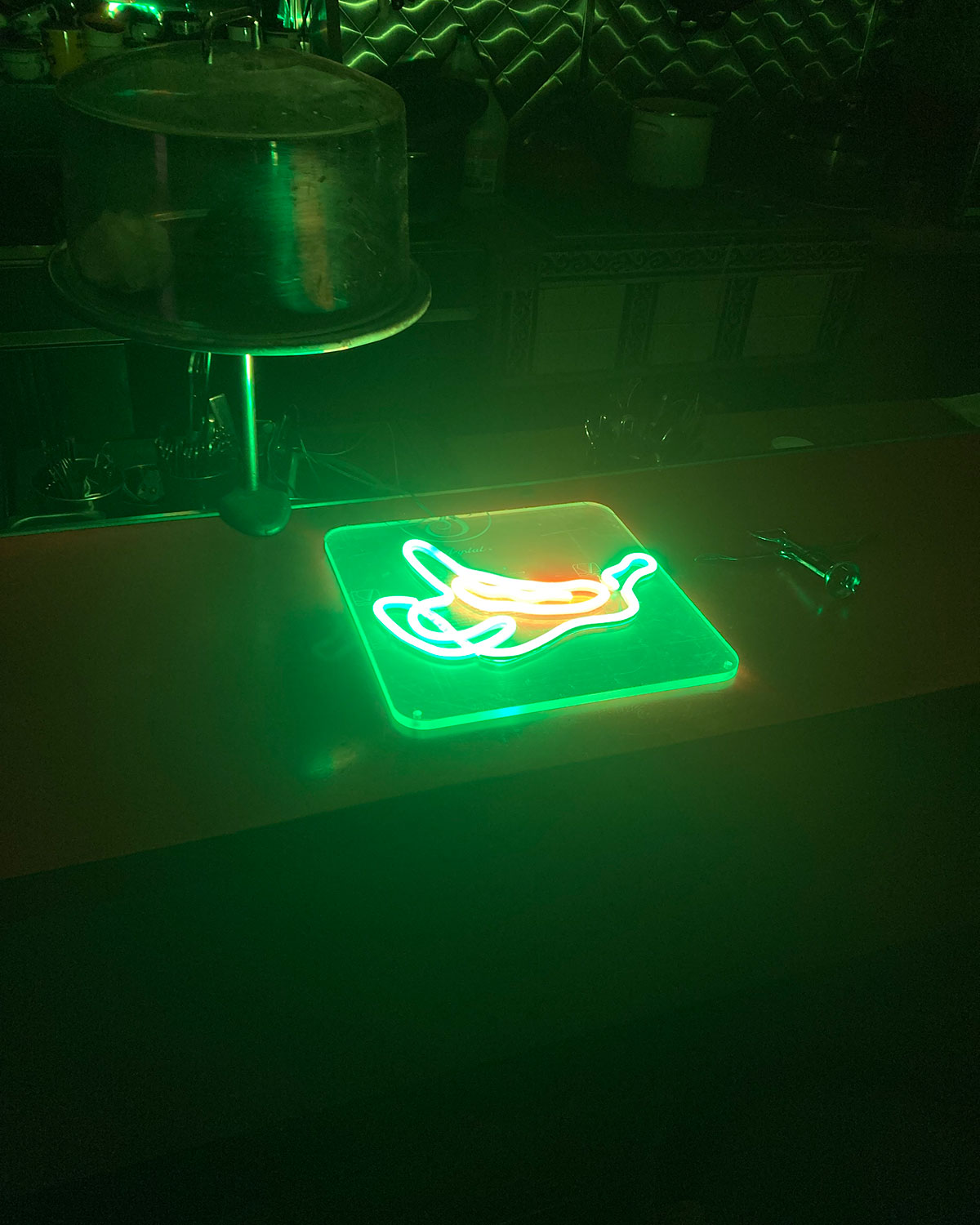 Like a layover on her constant travels, for 12 hours on Saturday, July 2, Choey will illuminate the interior of the Sunview Luncheonette with LED drawings made at her recent residency with MASS MoCA. Each piece begins with a contour drawing—wherein sensation precedes perception, and the focus is the outcome rather than interpretation—and then is transformed into LED pieces by hand using partially ready-made materials. The result is somewhere between representation and abstraction, and just one more part of Choey’s larger project of expanding the processes of signification. Of this particular sign, Choey writes:

“Why banana? Why NOT a banana? Once I tell a story of my banana, my fixation and wonderment to banana being a derogatory for Asian American (yellow on the outside and white on the inside), the work will be ruined because these bananas should be a stranger to a reader, not a fixed notion, not a thing with meaning.”

Always a traveler and never a tourist, Choey will install her drawings in the Luncheonette in a manner that both highlights the unavoidable “site-specificity” of the diner, without forcing connection to its unique history.

Choey is a visual artist from S. Korea. She was born in South Korea, grew up in Saipan, CNMI and nurtured in the US. She has a complicated relationship to her learned languages and cultures and is constantly curious about her relationship to her languages. The central framework of her practice is inseparable to translation theory; thus, she works as a language trainer and a part-time translator. Choey is currently based in the US and South Korea.