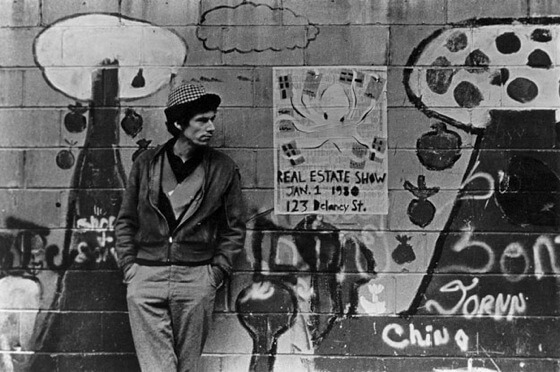 Alan W. Moore will come by the Sunview on September 18th at 7:30 PM to discuss his two new books, “Occupation Culture: Art & Squatting in the City from Below” and “Making Room: Making Room: Cultural Production in Occupied Spaces”. Both of these books concern political squatting, mainly in Europe. Both are available in print and online as PDFs for free. Occupation Culture is the story of a journey through the world of recent political squatting in Europe, told by a veteran of the 1970s and ‘80s New York punk art scene. It is also a kind of scholar adventure story. Moore sees with the trained eye of a cultural historian, pointing out pasts, connections and futures in the creative direct action of today’s social movements.

Occupation Culture is based on five years of travel and engaged research. It explicates the aims, ideals and gritty realities of squatting. Despite its stature as a leading social movement of the late twentieth century, squatting has only recently received scholarly attention. The rich histories of creative work that this movement enabled are almost entirely unknown.

Both these books come out of a long-term information project called “House Magic: Bureau of Foreign Correspondence.” The project is blogged at “Occupations and Properties.” Many of the contributors to the Making Room book are members of the SqEK research group on squatting in Europe, which held its conference in Barcelona in May of 2015. The Making Room anthology was presented there, with an exhibition which will be repeated in September at ABC No Rio in New York City.

Alan will be joined in conversation by Stephen Zacks, author of A Beautiful Ruin: The Generation that Transformed New York, 1967-1986.

Stephen Zacks is an architecture and urbanism reporter, theorist, and cultural producer based in Greenpoint, Brooklyn. Executive director of Flint Public Art Project, co-founder of the 2010-11 Bring to Light–Nuit Blanche New York festival, and co-director of Collective: Unconscious performance space from 1996-2002, he is currently finishing A Beautiful Ruin: The Generation that Transformed New York, 1967-1987, a nonfiction narrative about New York during and after the mid-70s fiscal crisis.