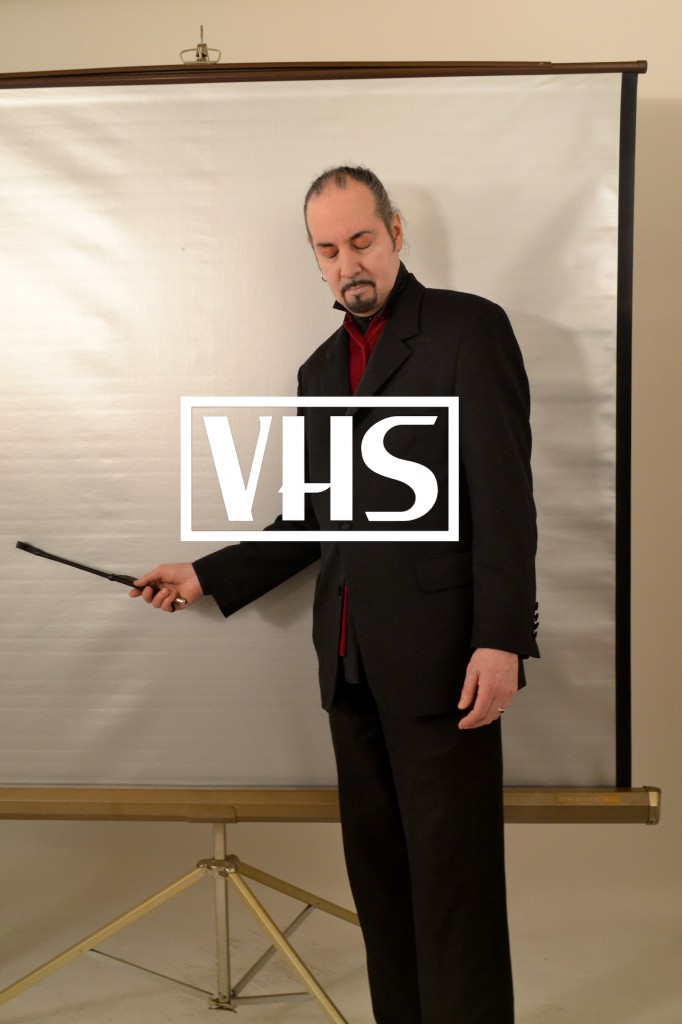 Simultaneously making, researching, programming, writing, and performing, Bradley Eros has been an enigmatic catalyst in the New York experimental film scene for over two decades. His oracular and multi-faceted practice challenges what can be done with and known about film through artisanal investigations of its material and apparatus.[1]

VHS, abbreviation for the Video Home System, becomes, by transmigration, the Velvet Hermetic System. Bradley Eros’ video corpus is currently housed at the Sunview Luncheonette as a watchable archive.

This collection is a cabinet of magnetic (oxide) curiosities, a media medicine chest—brimming with poison & restorative capsules of varying potency. Most of the titles are from an earlier and rarer underground culture. Each tape resides in a taxonomy of somatic pressure points delineated by Eros on a body chart accompanying the archive.

Primarily a stash of bootlegs and obsessive hoardings these videos totter on the brink of obsolescence. The archive contains a holy grail[2] of weirdness and subversive art collected while Eros lived in Chinatown and the East Village in the 80s and Williamsburg during the 90s.

VHS having initially beat out Betamax in the videotape format war by providing its users with the cheapest and freest possibility of possession ultimately has become the casualty of forward momentum. A nostalgic affair mirroring the artist's fleeting presence in the face of real estate's rapid advance. As Si and Am, in Disney’s Lady and the Tramp, are wont to point out at the bray of a baby,“where we’re finding progress there are liquidations nearby.”

The time spent at downtown movie houses collapsed into hours of suburban television. The day was chopped into half-hour segments, roughly the interval necessary to cook a TV dinner. With the the personal computer attention moves at the speed of clicks. Rarities are decidedly more accessible. The former Robin Hoods lurking in the digital backcountry, robbing proprietary rights, now dangle keys to vaults of obscurity. The immediacy of Youtube, Karagarga and UbuWeb have disappeared embodied searching.

It's now an archive, that is both an arc (a relationship wreck of hunted and gathered entities) and a hive (raw elements retrieved from the cultural wilds; a nexus of pure nectar).

This Velvet Hermetic System, this erasable & decaying encasement of encoded signals, typically modeled on the junk shop or used book store is here more fancifully structured as analogous to the table of the elements in a science laboratory or the entomology cases or butterfly collection in the Natural History Museum. Among the rare specimens, re-enchanted through collective display and access, are essential and unessential film and video works[3], obscure and familiar movies, unique and forgotten art works, documents and experiments, some with hand-made covers and sleeves (all scanned for perusal and preview), all vying for shelf-space on this free-standing mobile magnetic field.

…Touch of a velvet hand like a lizard on a window pane. The haptic charge of an object being grasped by a moleskin glove in action plucking the vinyl cassette from the custom-built shelf and guide it gently into the slot of archaic erotism, remembering the first tastes of oblivion.