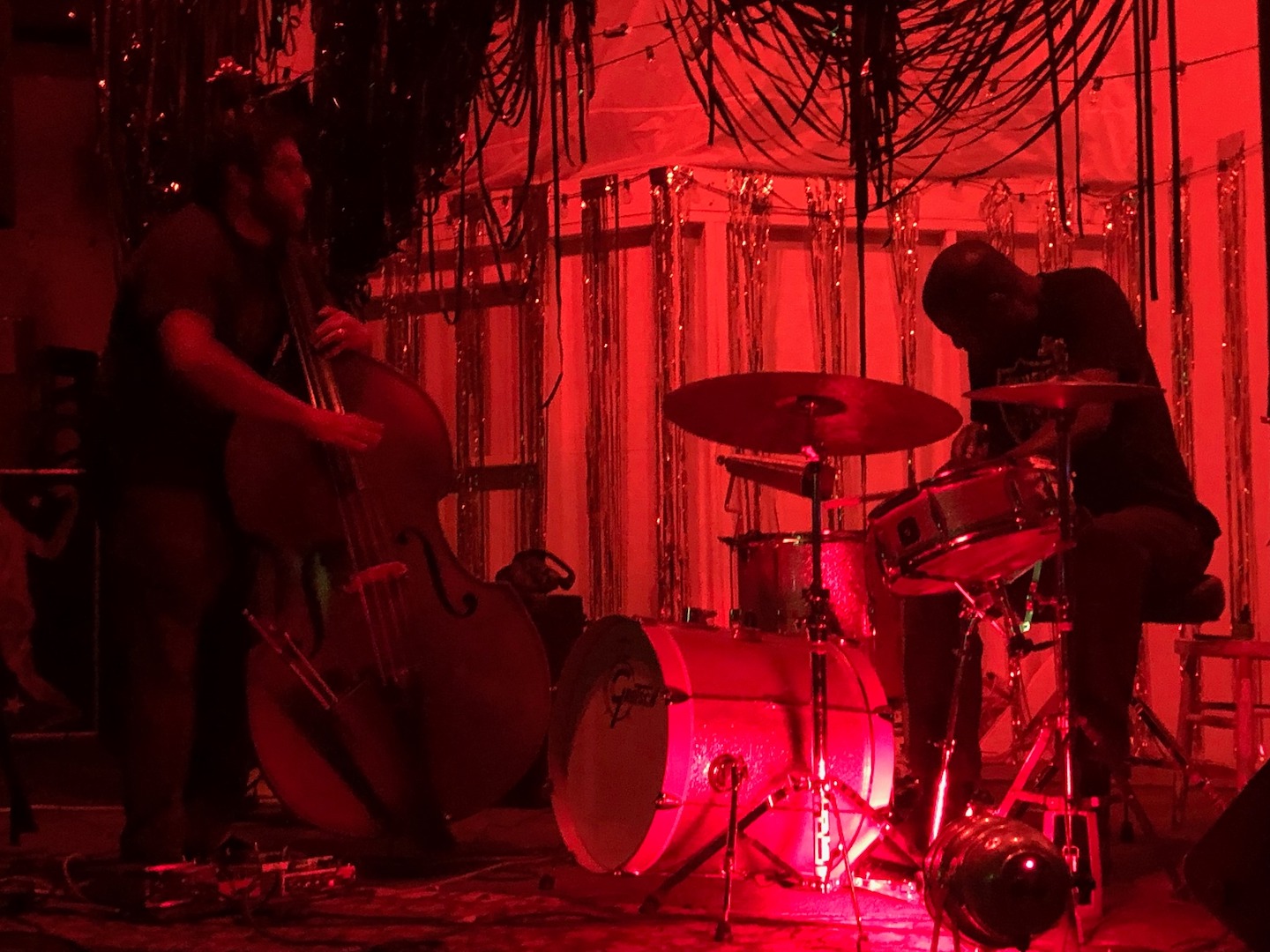 Marshall Trammell (Black/male/he/him/his) serves community interests beyond the limit of the bandstand. He is a mid-career, multidisciplinary, visionary artist keenly focused on investigating social practices, sensemaking, and aesthetic technologies embedded in indigenous design principles and weaponizing culture, Born in the early 1970’s, Trammell grew up marveling at the deep ridges the Ko’olau Mountain Range in Kaneohe, on Oahu, Hawai’i, experiencing the many narratives embedded in folkloric arts, crafts and complimentary tales. He is a multi-percussionist centered in African and Diasporic principles. Today he performs research and political education internationally from a platform for embodied social justice vernacular, organizational strategy, alternative infrastructure and solidarity economic development. Trammell is an improvising musician & self-styled Music Research Strategist with with deep roots in Creative Music scene and PIC Abolitionist work in and around the San Francisco Bay Area.

Carlos Santistevan is a musician, sounds engineer, producer, and organizer. Since 2001, he has helped establish an oasis of creative music in the high desert southwest as the director of the High Mayhem Emerging Arts collective based out of Santa Fe, NM. Using an upright bass and electronics he creates soundscapes and spontaneous compositions from the extremes of acoustic and electric music. Early influences of punk rock and free jazz have led him to develop a unique approach to music and improvisation. He has performed at venues such as The High Zero Festival, Outsound Creative Music Festival, Ende Tymes Festival, The Olympia Experimental Music Festival, High Mayhem Festival, The Outpost Performance Space, Hemlock Tavern, The Empty Bottle and more performing with such artists as: Roscoe Mitchell, J.A. Dino Deane, Chris Jonas, Henry Grimes, Nicole Mitchell, Tania Chen, HEALTH and more. Carlos is a seasoned improviser and a member of diverse ensembles such as iNK oN pAPER, The Late Severa Wires, In Defense of Memory, Out of Context, Black Iron Trio, Taiji Pole and more.

Che Chen, Aaron Moore & David Watson, playing together as a trio for the first time, using a range of sounding objects – strings, skins, reeds, electronics and various other outdated ephemera – to cook up something for you in this esteemd kitchen. They bring their experiences in Volcano the Bear, Gospel of Mars, 75 Dollar Bill, reinventing the dudelsac, and much much else. You bring your appetite.