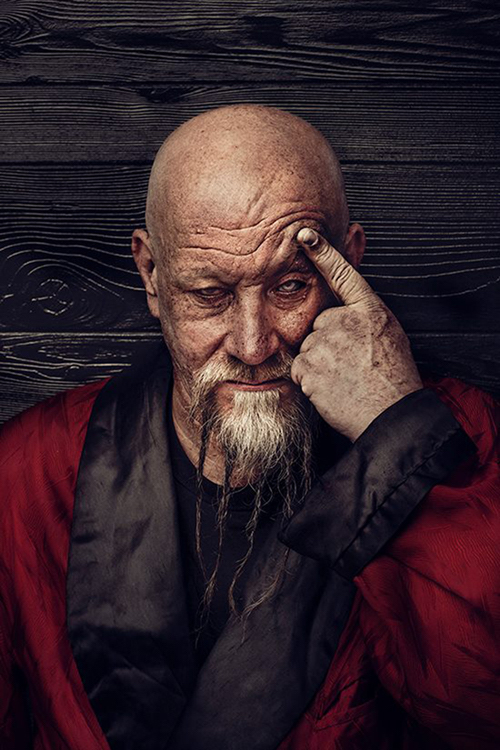 A master on a self-built 23 string banjo, Paul Metzger’s Idiosyncratic & deeply original long form improvisations can bring to mind American primitive guitar, the sarod of Hindustani music, or the Chinese Erhu. But fundamentally his music grows from a deep commitment to exploring every possible expressive sound that can be extracted from his instrument. His ‘home-made’ aesthetic has drawn comparisons to DIY mavericks like Charlie Nothing or Eugene Chadbourne with his electric rake, but the depth of Metzger’s explorations led David Keenan to assert in The Wire magazine that Metzger “reveal(s) the true meaning of virtuosity.” A key voice in the world of avant-garde & experimental folk, he creates a music evocative of some magical forgotten age, but is simultaneously deeply rooted in the eternal present when fingers touch strings.

“…Metzger’s banjo and guitar contain multitudes. Suspended between past and future, honouring the tradition while hijacking it, listening for its voice while revelling in its inarticulacies; this is how the thing sings. And the song, in the obsessive extensions of Metzger’s instruments, truly has no ending.” - The Wire 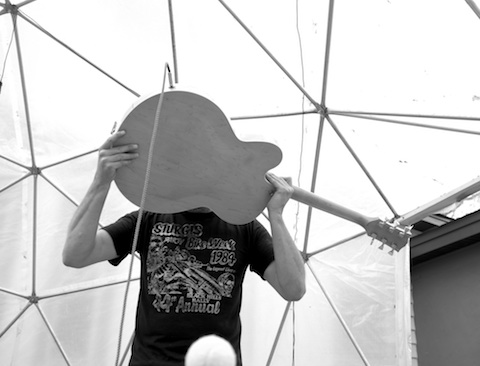 Guitarist, thereminist, singer, and player of some species of dismantled electrified folk, John Saint Pelvyn is a musical enigma of the best kind. At the root of his playing is something akin to traditional stride, but rich with quivering whammy bar wobble and shimmering feedback. He often plays the tailfin strings of his archtop like one would play harmonics, or retunes seamlessly mid-stream to create a shifting temperament across the length of a piece. An affinity for the likes of John Fahey and Loren Mazzacane-Connors can be heard here, but the comparisons quickly fall away as one takes in this ambidextrous musical sensibility. He will sing otherworldly vocal duets with his theremin while simultaneously accompanying himself fingerpicking, or will throw modulated feedback tones across otherwise inviting harmonic landscapes based on blues & folk motifs, overshadowing them with clouds of squelch that loom like an approaching post-noise squall, but that ultimately swell and punctuate more like the tone clusters of Henry Cowell or the lyrical saxophone of Frank Lowe.

“When wandering the stage singing into the F-holes of his electric arch top bringing forth arpeggios of feedback, or waving the neck of his guitar in the vicinity of a howling theremin, indeed, he seems to be playing the very air itself.” - Electro Motive Records 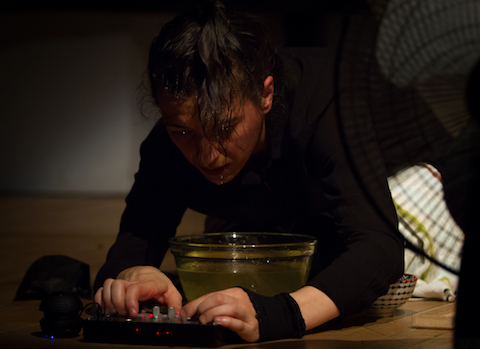 Lucie Vítková is a composer, improviser and performer (accordion, hichiriki, synthesizer, voice and tap dance) from the Czech Republic, recently, based in New York. Her compositions focus on sonification (compositions based on abstract models derived from physical objects), while in her improvisation practice she explores characteristics of discrete spaces through the interaction between sound and movement. Recently, in her music, she has been interested in working with objects of everyday use and has done extensive work with trash.

She has been nominated on 2017 Herb Alpert Awards in Arts in category of Music and she has put together two ensembles – NYC Constellation Ensemble (focused on musical behavior) and OPERA ensemble (for singing instrumentalists). During the Mentor/Protégé Residency in Tokyo (JP), she studied hichiriki with Hitomi Nakamura and has been a member of the Columbia University Gagaku Ensemble. As an accordion player, she collaborated with New York based TAK Ensemble, Kamraton, S.E.M. ensemble, String Noise, Du.0, Argento Ensemble, Ghost Ensemble, CU Raaga and Wet Ink.