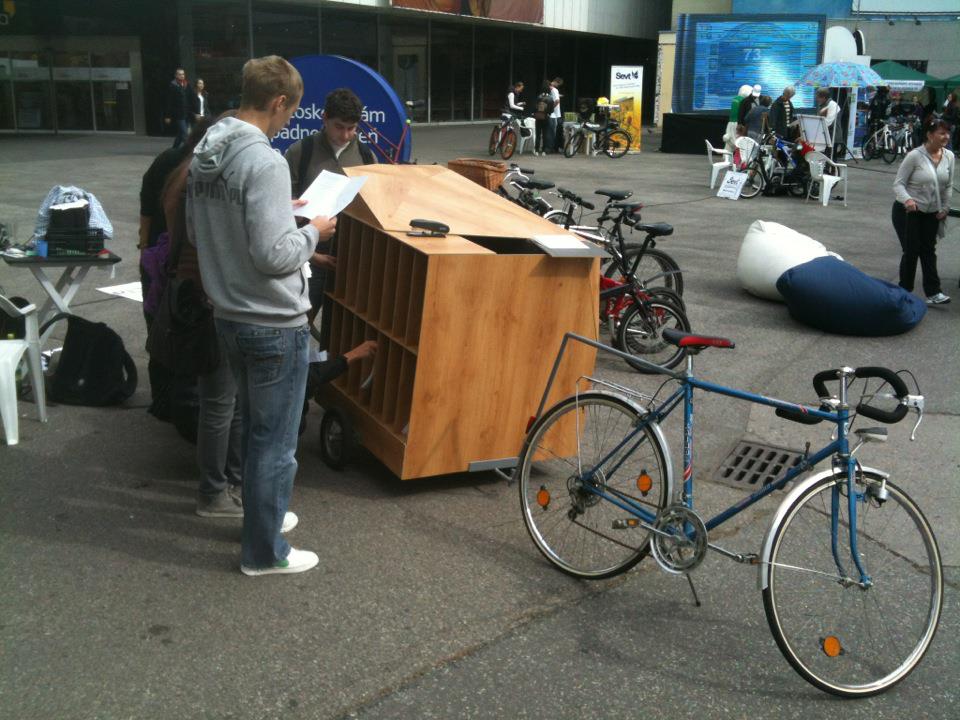 Actively involving local communities, this workshop is a start of a long-term art/science project which will propose models for mitigation of environmental damage from Greenpoint's oil spill, heavy metals, and toxic gasses. The project also aims to address and eventually improve the community's well-being and its relation to the surrounding urban environment

The long-term project is „built“ through multiple stages. To start, we will be speculating about simple DIY ways for communities to look for pollution in the soil and in the water, in order to map the fluid border of the damaged area. This „mapping” will be conducted as a series of participatory educational workshops with local residents and neighborhood activist groups.

For this purpose we will design „metaphorical“ models of a „Participatory Field Station (PFS)” containing ideas on how to map the physical environment, and will propose multiple models of the „Field Station“ which will be able to map particular problems or the community’s relation to the urban space and environment.

This first workshop will take place on Sunday, September 28, at the Greenpoint’s Sunview Lunchnet & Social Club (221 Nassau Ave, Greenpoint) as part of the Art in Odd Places Festival 2014: FREE.  It is, also, free.

Program of the workshop (~ 3h long, beginning at 1pm ):
A free lunch and a short presentation
Urban walk/site visit
Workshop

In the long term scope...
With members of Greenpoint communities, we will create speculative urban and architectural visions of what Greenpoint’s ecologically damaged areas could become, if we could remake them into absolutely anything we wish them to be, mirroring desires and needs of the local communities.

This imaginary reshaping will take form of workshops, during which we will use a specially designed urban map, cognitive objects and DIY science experiments, which will lead to creation of an alternative architectural models of this for this area, with specific focus on public spaces, mitigation of the ecological damage and gentrification. Taking the final form of a user manual, we will offer speculations on how these models can be brought into being.

Further Description:
The workshop would be part of a long term ongoing project titled Manuals for Public Space (MfPS). MfPS is a complex grassroots platform where citizens of different countries all around the world can freely exchange ideas about how to improve public space. Based in Open Source, ideas that come from this exchange are used to create printed manuals on how to, step by step, recapture public space and how to make it more accessible and respondent to community needs. On the other hand people are also encouraged to freely use some of the manuals created by others to their advantage.

At large, the MfPS project aims to develop a participatory grass roots community built around a small traveling multimedia library (placed on a cargo bike) and also around a participatory web page. This online part of the project includes audio recordings of all of the workshops and interviews about public space, but also an online blog where this idea exchange happens. People can share here their manuals, thoughts and ideas about public space in a digital form. Rooted in experimental and alternatives to pedagogy Manuals for Public Space is about free sharing of public knowledges, and experimenting how to bring grassroots knowledge into action.

The project started in winter 2011 as exchange of the manuals between former “Eastern Bloc” countries and the United States. It is planned for a long term, it's free and opens up for everybody who is interested in participating. Since 2011 together with many local communities we have enacted a lot of workshops and interventions in public spaces. MfPS was exhibited in many galleries across the Europe and US, including the 6th Prague Biennial of Contemporary Art and Make Art with Purpose 2013 public art festival in Dallas.

Thanks for your time, and hope you can make it.