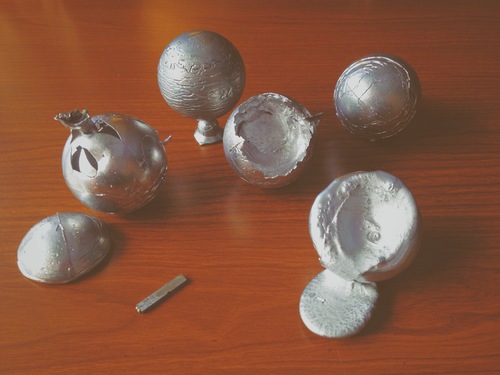 Jimmy Riordan will read from his translation of Francis Jammes' turn of the century fable, focusing on those parts dedicated to describing where various animals go when they die.

Le Roman du Lièvre is the story of a hare who, under the direction of Saint Francis of Assisi, leads a pack of animals to heaven in search of paradise. In 2008 Jimmy Riordan translated Le Roman du Lièvre from French into English. At the time he did not know any french. Last summer, after over five years working around the text, he finally printed his translation.

Roast Garlic and Sage Soup with Salad made by Lena Hawkins
SPRING FEVER Potion offering by Allison Halter
A potion to put some pep in your step and some fizz in your whizzbang!

Jimmy Riordan is an Alaskan born multidisciplinary artist and educator. Technically trained in book-arts and printmaking, his practice extends beyond the bounds of any specific medium. Riordan's projects have involved earth building, comics, letterpress and translation. All united by his interest in autodidactics, the self-taught and group learning.