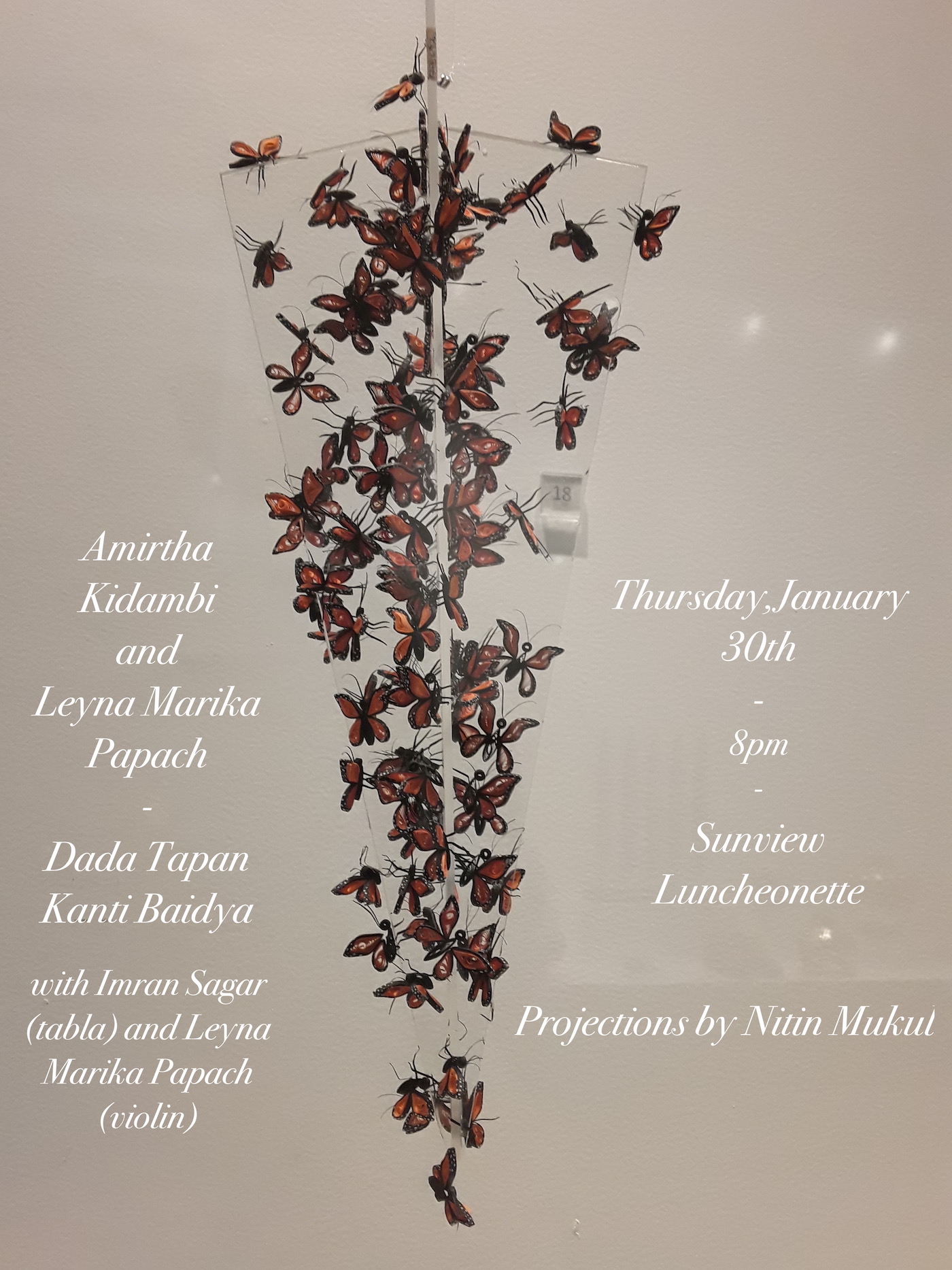 After earning his Masters in Music in 1982, he returned to Bangladesh where he served as a professor of North Indian Classical Vocal at the National music and arts academy in Dhaka and performed regularly in public as well as television as a Classical vocal performer. In 1986, he established his school, Sadarang Sangit Shamaroha (Sadarang School of Music) based on his own style and technique of vocal performance (Gharana).

In 1992, he was invited by the Bangladesh Cultural Center in New York to open a classical Music department. After his arrival to New York, he taught at the Bangladesh Cultural Center NY, Bangladesh society of new york and Bangladesh Association of New Jersey. Also during this time, he established an organization called the Bangla Institue of performing arts which supports artists and performers in all fields of Indian traditional music (Dhrupad, Dhamar, Khyal, Tarana and Thumri). As a performer, he has held concerts at venues such as UNESCO, Yale University, and John Hopkins University to name a few. He also performs and teaches at the National Music College, Dhaka on his yearly return to Bangladesh, and in 2002, he was invited to perform in India Habitat Center in New Delhi, India. Today, he continues to teach a large class of students through his school, Sadarang Music Center, established since 2007 in New York.

Leyna Marika Papach is a musician and interdisciplinary artist from Japan and the United States. Her compositions house the languages of dance, theater, sound, and image. Leyna’s performative work has been presented internationally in Europe, Japan, and the US. She has written and directed four evening-length dance-theater pieces alongside her work as a composer and violinist.

As a composer and violinist, she has worked with a wide range of artists, both as a collaborator and/or interpreter (Clarinda Mac Low, Taylor Mac, Eric Ting, J.G.Thirwell, Geraldind Fibbers and many others), performing in venues/festivals such as; Unlimited Festival (Austria), HAU (Berlin), International House (Japan), Dance Afrique Dance (Paris/Tunisia) All Tomorrow’s Parties (US) and New York venues such as BAM, UNESCO, Beacon Theater, St.Anne’s Warehouse, The Stone and many others.

Leyna holds an MFA in interdisciplinary studies from Bard College, MA in Theater and Dance studies from DasArts (now DAS Theater), Amsterdam, and studied violin at the Prague Academy of Music and UMKC Conservatory of Music in Kansas City, where she received her Bachelor’s degree. www.leynamarikapapach.com

Imran Sager was born in Karachi, Pakistan. He studied tabla with Ustad Bashir Khan and Ustad Tari Khan. He started his career in music in 1990 and has been performing actively in New York and abroad with various Classical and Ghazal Singers.

Amirtha Kidambi is known for her improvisational vocabulary as a vocalist, utilizing experimental timbral techniques and infusing aesthetics and methodologies from Carnatic music, noise, rock, free jazz and classical avant-gardes. Thematically and sonically, Kidambi is drawn to the subversive and interrogative, driven by social and political issues of inequity and injustice, and aiming to disturb the status quo. As a performer she has collaborated with a wide range of composers, such as Mary Halvorson in Code Girl, Darius Jones, William Parker, Matana Roberts, Trevor Dunn, Shazad Ismaily, Maria Grand and the late Robert Ashley and Muhal Richard Abrams. As a composer, she leads the vocal ensemble Lines of Light, is co-founder of a duo with Lea Bertucci and is the bandleader of Elder Ones. Kidambi is an internationally recognized performer, appearing in festivals and venues such as Berlin Jazzfest, Borderline Festival in Athens, PERFORMA, Carnegie Hall, Kennedy Center, The Kitchen, Whitney Museum and MoMA Ps1. She has received grants from the Jerome Foundation and the Asian Cultural Council and has been Artist-in-Residence at Bucareli 69 in Mexico City, Roulette in Brooklyn, EMPAC in Troy and is an upcoming resident at Pioneer Works in Brooklyn.