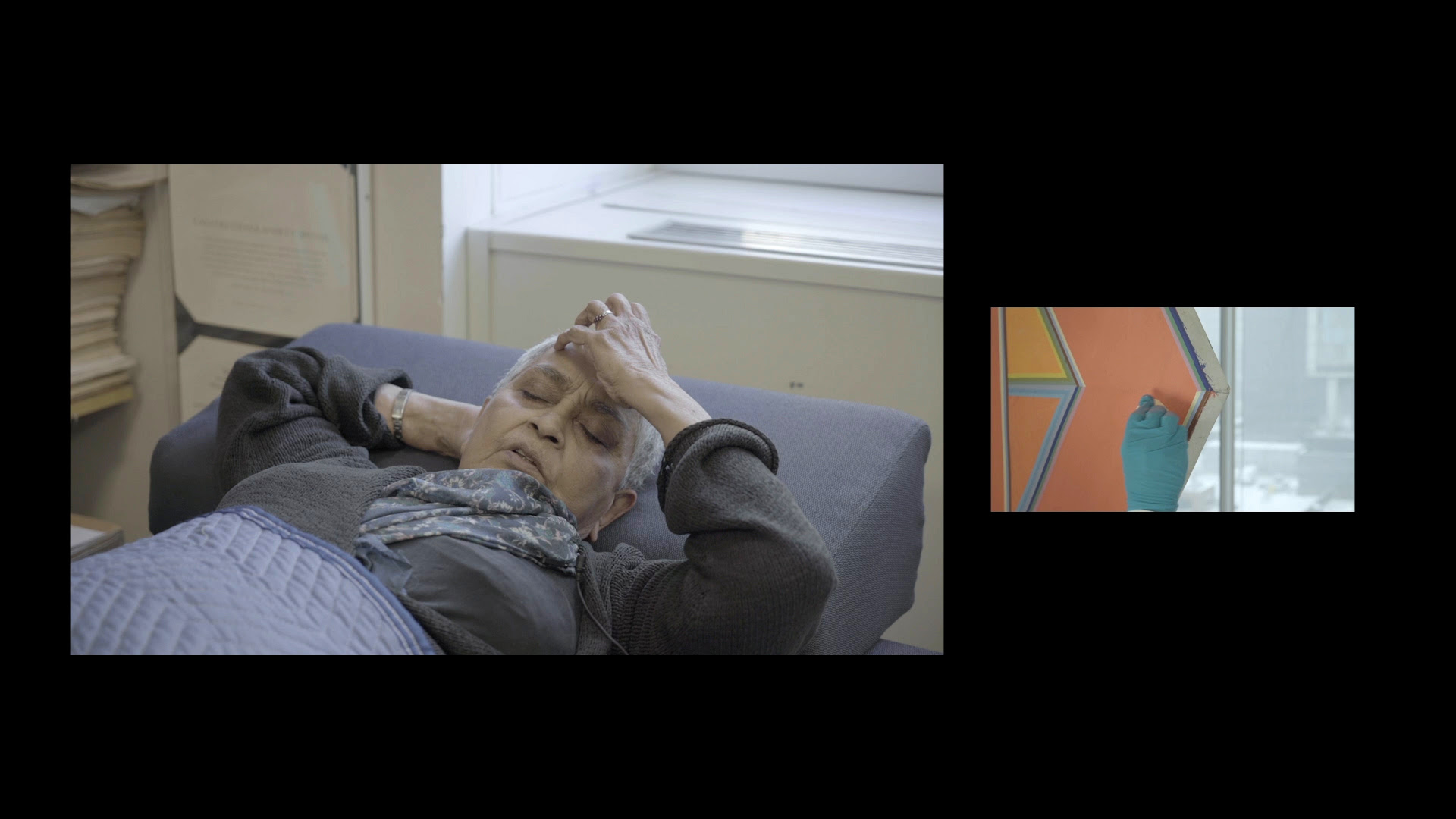 Vehicle is a monthly meeting where a group of artists and other interested practitioners get together, drink, and have candid conversations about the work they produce.
vehiclevehiclevehicle.com

This meeting will take place on Monday September 30 at 7pm.

“What Truths Are Worth Telling?” is an in-progress film that investigates the idea of “truth”. The work is structured by a series of questions derived from Bertolt Brecht’s “Writing the Truth: Five Difficulties” (1935). Examples include: “How do you recognize an idea as truthful?” and “How can different truth claims be shared with the goal of eliciting collective action?” I posed these questions to a range of women whose professional practices intersect with the idea of truth, such as postcolonial theorist Gayatri Spivak, philosopher Vanessa Wills, and writer Sarah Schulman. These conversations are paired with footage of the hidden labor taking place within the Whitney Museum’s conservation lab and at the London Meat Co., one of the last meatpacking facilities that neighbors the museum.

Strada has provided this text in reference to “What Truths Are Worth Telling?”:
Bertolt Brecht, “Writing the Truth: Five Difficulties,” 1935.

Alex Strada is an artist and educator based in New York City. Working across film, photography, performance, and text, her projects ask questions related to the politics of representation, the visibility of labor, and the reproduction of collective memory. Her process is research-based and often involves collaboration. Strada’s work has been shown at the Anthology Film Archives, Socrates Sculpture Park, Goethe-Institut, Museum of Moving Image, Jewish Museum, National Museum of Iceland in Reykjavik, MuseumsQuartier in Vienna, Kaunas Biennial in Lithuania, and on the screens of Times Square with Time Square Arts’ Midnight Moment. Strada was a fellow in the Art & Law Program, the Institute for Investigative Living at A-Z West, and the Socrates Sculpture Park Emerging Artist Fellowship. Her work has been written about in Artsy, Vice, and The New Yorker. Strada received a B.A. from Bates College in 2010, an M.F.A. in Visual Art from Columbia University in 2016, and she was a 2018-2019 studio participant in the Whitney Independent Study Program. She is adjunct faculty at Fordham University and Columbia University.