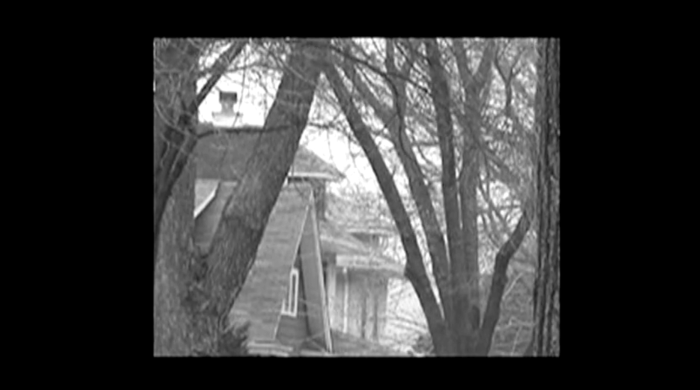 A midnight until dawn is a screening of video works by living artists for which considerations of race, ethnicity and/or social class are integral parts of their practice. In some, but not all cases, the influences of anime, sci-fi, and magical thinking are apparent in the selected works. Sunview Luncheonette offers the rare opportunity to view these pieces, together, in an intimate setting, with friends.

$7 sliding scale donation at the door
Program and bios:

Tang-Wei Hsu (1980 born in Taiwan) currently lives and works in New York. He obtained a BA in Architecture at the Shih Chien University and finished an MFA in Visual Arts at the Tainan National University of the Arts. His paintings begin from an imagined fantasy space extending into installation, sculpture and public art.

Tang-Wei creates complex drawings as well as mixed media installations composed of his drawings, paintings, and architectural features. He often alludes to nature in his work and interprets physical features of our universe like the stars and astronomy, either at close range or at a distance. By combining his fanciful worlds with practical architectural features he asks us to suspend our disbelief and to embrace his fantasy terrains and enjoy them as part of our everyday surroundings.
Those works hope to produce the relationship between the miniature and enormous scale in his paintings. Different layers from the painting produce many relationships, in order to make this imaginary space or scene are fantastic as outer space, every statuses of every distance are compressed into the flat paintings. Also extends the new imagine and fantasy from this space, by creating some clustered symbols in an artificial way, to make it feels like some unknown biology, biological unit, and various imagination of scenes.

Untitled (Broken Fall) takes its title from a work by Dutch artist Bas Jan Ader. It was created in Oak Park, Illinois.

The Meaning of Various Photographs to Tyrand Needham
2009
r/t 12:39 min

Two young men discuss the meaning of various photographs, chosen from my personal archive. An homage to and critique of John Baldessari's "The Meaning of Various Photographs to Ed Henderson" (and related works).

Steffani Jemison (born in Berkeley, California) is based in Brooklyn, New York. She holds an MFA from the School of the Art Institute of Chicago (2009) and a BA in Comparative Literature from Columbia University (2003). Jemison uses time-based, photographic, and discursive platforms to examine “progress” and its alternatives. Jemison’s work has been exhibited nationally and internationally at venues including the Brooklyn Museum; the Drawing Center; LAXART; the New Museum; the Royal Danish Academy of Fine Art; the Studio Museum in Harlem; Laurel Gitlen; Team Gallery; and other venues. Her publishing project, Future Plan and Program, commissions literary work by artists of color and has published books by Martine Syms, Jibade-Khalil Huffman, and Harold Mendez, among others. She has participated in artist residencies at Smack Mellon, Brooklyn; the International Studio & Curatorial Program, Brooklyn; Project Row Houses, Houston; the Core Program at the Museum of Fine Arts, Houston; the Skowhegan School of Painting and Sculpture, Maine; and the Studio Museum in Harlem, New York. Jemison has served as a visiting critic in the graduate art programs at Columbia University, the University of Pennsylvania, and the University of Illinois-Chicago. She was a 2013 Tiffany Foundation Biennial Awardee and a 2014 Art Matters Grantee. In 2015, she presented her new multipart commission Promise Machine at the Museum of Modern Art.

Jemison is currently an artist-in-residence in the Sharpe-Walentas Space Program. She teaches at Parsons The New School for Design, the Cooper Union, and the School of the Art Institute of Chicago.

A post-apocalyptic world where memory haunts and reality confuses.

Sarita Khurana is a Brooklyn-based filmmaker whose work spans the narrative, documentary and experimental genres and is concerned with stories pertaining to the South Asian subject, often female. Themes of migration, community, memory, marginality, territory, and sexuality pervade. Her most recent short narrative film, What Remains (2013), screened at the Brooklyn Museum of Art, the Goteborgs Konsthalle in Sweden, at various festivals in the U.S., Europe, and India, and was recently distributed by Comcast Xfinity. She is currently working on a feature-length documentary on arranged marriage in India, Marriage Brokers, with a release set for 2016.

Sarita holds a B.A. from Oberlin College, and received her M.F.A. from Columbia University's School of the Arts in 2011. Sarita is also the co-founder of Cine Qua Non Lab, an international artist residency for filmmakers, which has been operating its signature Screenwriting Lab since 2008. Sarita has been a film fellow at NALIP-Diverse Women in Film, Art in General, and NY Women in Film + Television.

Standing on the brink of elimination, the suspense threatening to fracture their composure, contestants wait and see if they will be going home. The audience at home is also waiting... Part two of Bearing Witness Trilogy.

Bearing Witness is a trilogy concerned with how we, as a culture, watch ourselves, especially in moments of great emotional significance. With footage culled from mainstream media and television, the single-channel videos (The Eternal Quarter Inch, Somewhere only we know, The Burning Blue) distill moments of sincerity from perhaps insincere sources (televangelists, reality show contestants, screensavers, B-movies). This trilogy puts pressure on the infrastructure of distributing images, particularly those that represent what might have normally been private experiences made public for the sake of entertainment. Located in interstitial spaces, these videos continually shift the role of the viewer between voyeur and participant.

Jesse McLean is a media artist utilizing collage both aesthetically and conceptually. Her video work employs highly recognizable appropriated material alongside more elusive sources and material generated by the artist. Motivated by a deep curiosity about human behavior and relationships, her work is concerned with both the power and the failure of the mediated experience to bring people together. Recent videos put pressure not only on the relationships that develop between viewer and subject, but also on the ways emotions are lived in an age of mediated experience. She has presented her work at museums, galleries, and film festivals worldwide, including the Mumok Cinema in Vienna, International Film Festival Rotterdam, Views from the Avant Garde at the New York Film Festival, CPH:DOX, Kassel Dokfest, Impakt, and the Contemporary Art Museum, St. Louis. She was the recipient of an International Critics Prize, (FIPRESCI Prize) at the Internationale Kurzfilmtage Oberhausen and a Jury Prize in the International Competition at the 2013 Videoex Festival. Her recent video I’m in Pittsburgh and It’s Raining was awarded first prize at the Onion City Experimental Film and Video Festival. She was a featured artist at the 2014 Flaherty Seminar.

The concept and title of the animation Give and Take derives from a rare tree species native to Central America. The tree contains both a powerful toxin and its own antidote. The work is a creative expedition on the complex cycles of nature and the ineffable spirit of the black woman’s body.

Introducing a visual language that reveals the complexity and nuanced spectrum of black womanhood: from innocence, awareness, to maturity. Using drawing and time-based techniques to narrate the phases of self–discovery. Layering elements found in creation myths and self-defining identity narratives to experiment with a matriarchal character that reclaims, recovers, and recasts her image.

Give and Take weaves’ concepts of nature and science with objects and practices rooted in the African-Caribbean Diasporan tradition to create my fantastical interpretation of an origin myth.

Shervone Neckles is a Caribbean-American raised in Brooklyn, New York to Grenadian parents. As an interdisciplinary artist, Neckles’ work embraces collage, alternative printmaking techniques, book arts, and sculpture. She has held residencies in areas as diverse as the Youlou Arts Foundation in St. Vincent and the Grenadines, West Indies, The Center for Book Arts in New York, The Fabric Workshop & Museum in Pennsylvania, The Skowhegan School of Painting and Sculpture in Maine and the Elizabeth Foundation, SHIFT Program in New York. Previous awards include grants from The Queens Arts Fund, The Puffin Foundation, Joan Mitchell Foundation, and Fellowships from Robert Blackburn Printmaking Workshop and Manhattan Graphic Center. Her award-winning work has been shown worldwide in both group and solo exhibitions. Her practice also includes curatorial projects; Amplify Action: Sustainability through the Arts with Pratt Center for Community Development and Bedford-Stuyvesant Restoration Corporation in Brooklyn, NY and From Taboo to Icon: Africanist Turnabout at the Ice Box Galley in Philadelphia, PA. Neckles’ has earned an MA from Teacher’s College, Columbia University, MFA from Queens College and BFA from The College of New Rochelle. She is currently a member of the Castle Gallery’s Advisory Board for The College of New Rochelle. Neckles’ lives with her husband, artist Jose M. Ortiz and three year old son in Queens, New York.

He has exhibited at the 2014 Whitney Biennial, Studio Museum in Harlem, Bronx AIM Biennial, New Frontiers at the Sundance Film Festival, and is represented by OHWOW Gallery in Los Angeles. He has an MFA from University of Pennsylvania, has studied at Skowhegan School for Painting and Sculpture and Maryland Institute College of Arts, and  has received awards and residencies from Louis Comfort Tifanny Grant, Art Matters, Headlands, Center for Arts, LMCC Workspace, and Provincetown Fine Arts Works Center, among others. His work is in the permanent collections of institutions including The Whitney Museum of American Art, Seattle Art Museum, and Studio Museum in Harlem.

Leslie Thornton is a painter turned video- and filmmaker who teaches in the Modern Culture and Media Program at Brown University. Her lush, complex works explore the mechanisms of desire and meaning, while probing past the boundaries of language and narrative conventions.  Difficult to categorize or describe, Thornton’s works are steeped in theoretical interest and filled with rich and intuitive imagery in experimental narratives crossing science fiction, ethnographic, and documentary forms.

Peggy And Fred In Hell is one of the strangest cinematic artifacts of the last 20 years, revealing the abuses of history and innocence in the face of catastrophe, as it chronicles two small children journeying through a post-apocalyptic landscape to create their own world. Breaking genre restrictions, Thornton uses improvisation, planted quotes, archival footage and formless timeframes to confront the viewer's preconceptions of cause and effect.

"At its most distinctive, as in the endless and eternal Peggy And Fred In Hell cycle, Thornton’s work wanders past the medium’s limits and finds the medium’s origins.” —Bill Horrigan, Wexner Center